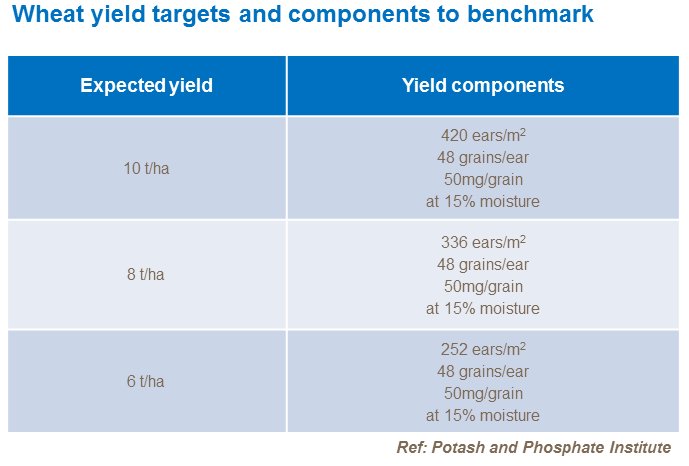 Nitrogen will affect the number of grains that are set on individual ears/spikes. A high yielding crop of wheat will have approximately 45-50 grains / ear, however if nitrogen supply is limiting this will be reduced. 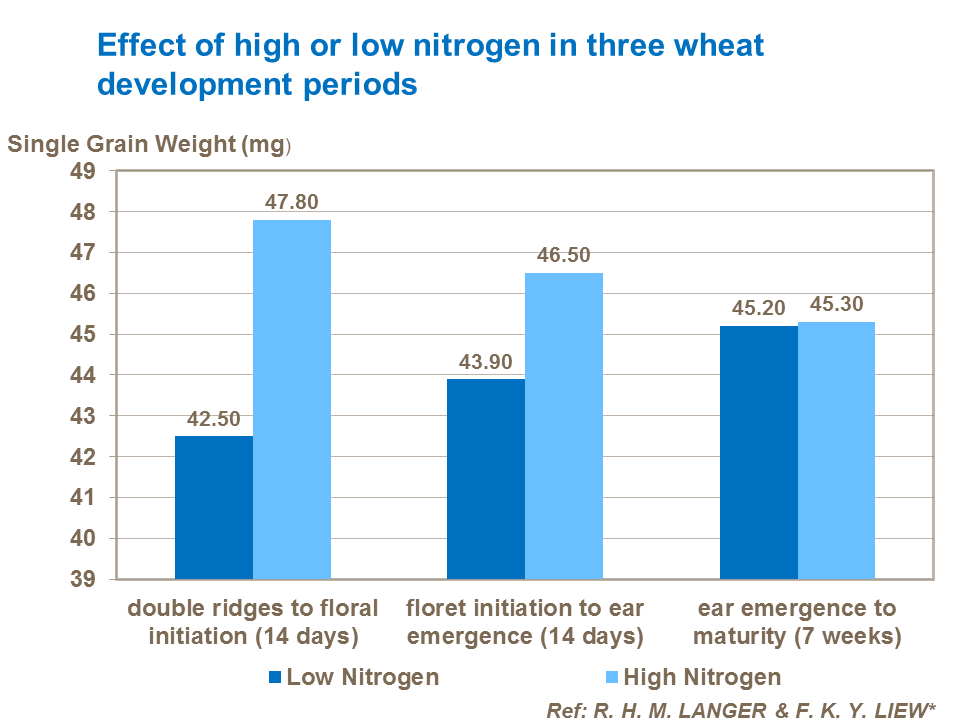 The timing of the applied nitrogen is important as grain numbers are determined early from double ridge to floret initiation.

Potassium will influence the numbers of grains per ear. 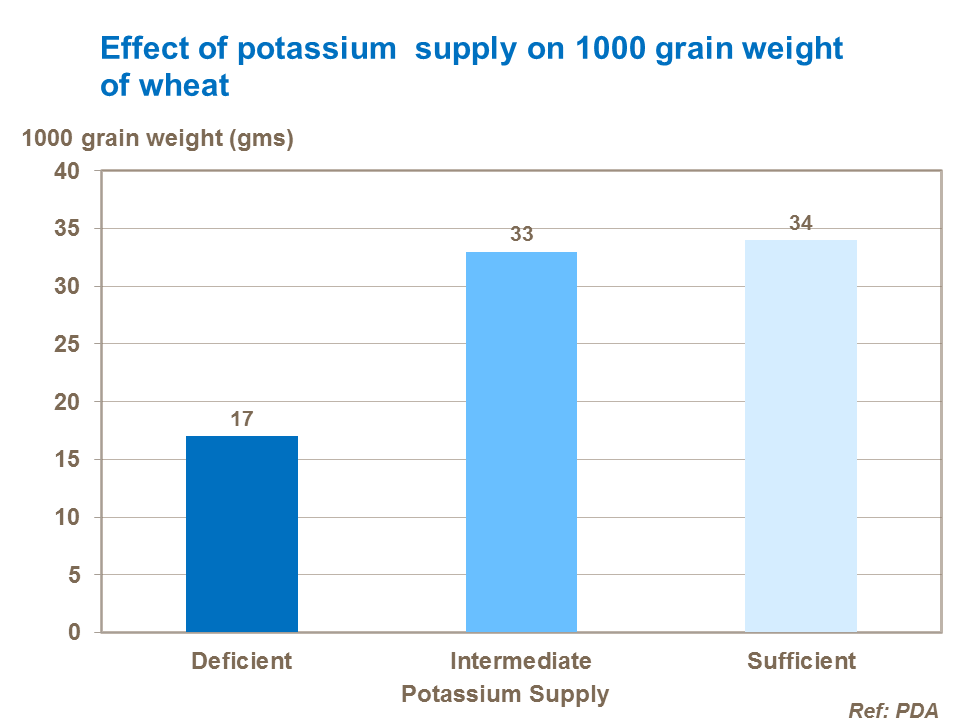 This study from the Potash Development Association shows a clear relationship between potassium supply and the number of grains per ear with potassium deficiency preventing some potential grain sites from developing and reducing grain set. 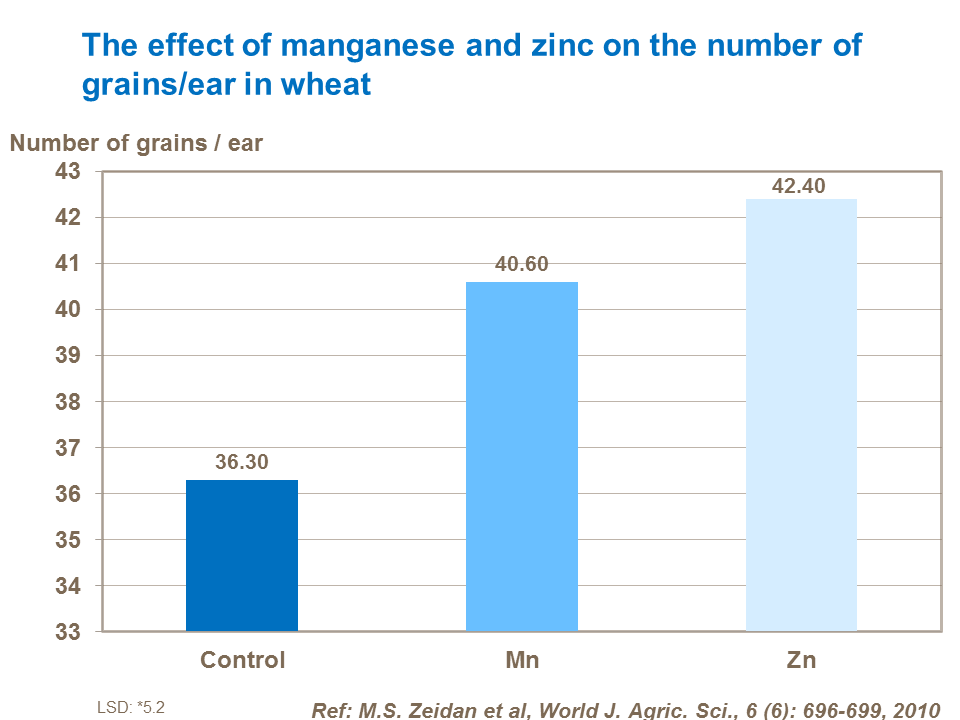 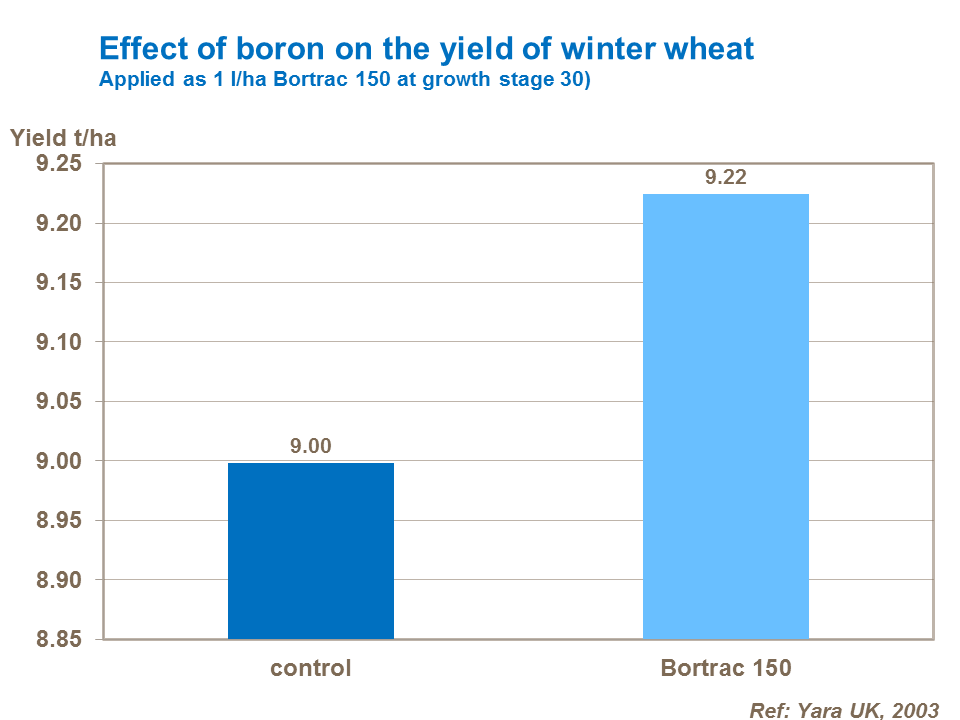 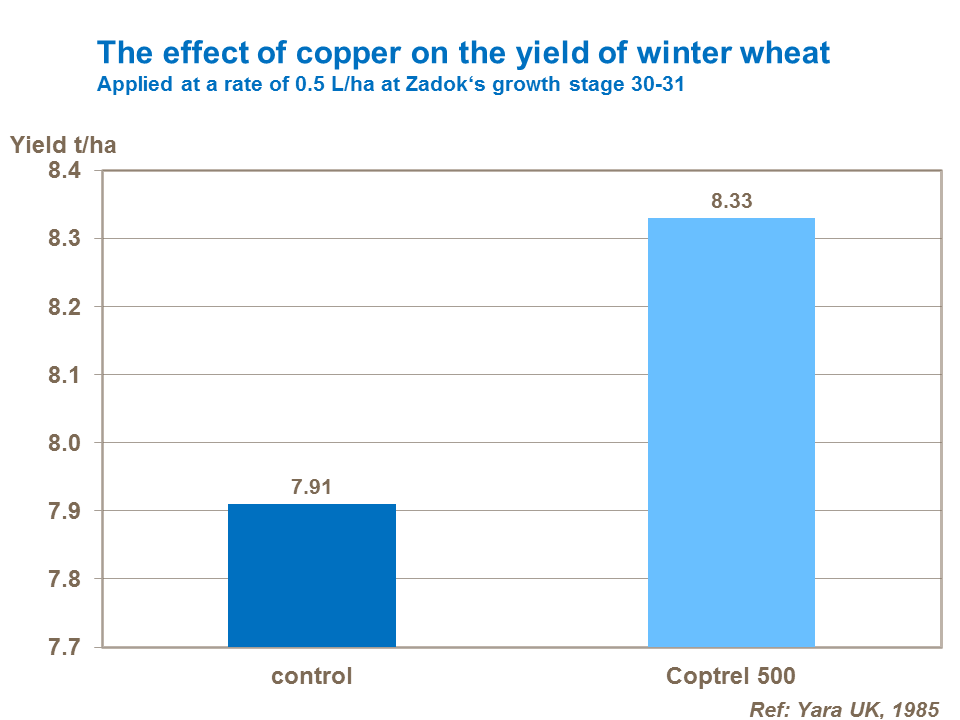 The number of eventual grains per spike (ear) varies from season to season and is affected by a number of factors including:

This variability enables high yields to be achieved through two ways: The key to achieving high wheat yields, having established the correct canopy structure, is to maintain the green area right through to the final grain filling period, capturing as much of the incident light as possible and converting it to yield.