Along with the major macronutrients that influence grain number and size, grain corn yield is dependent on several micronutrients. The unavailability of them would restrict the growth process of the plant.

Magnesium is required during peak periods of growth with most intensive uptake starting at around the V5 stage. Uptake continues to maturity and crops need a continuous supply of magnesium to support growth. Where magnesium is in short supply, applications will support better growth and higher yields. 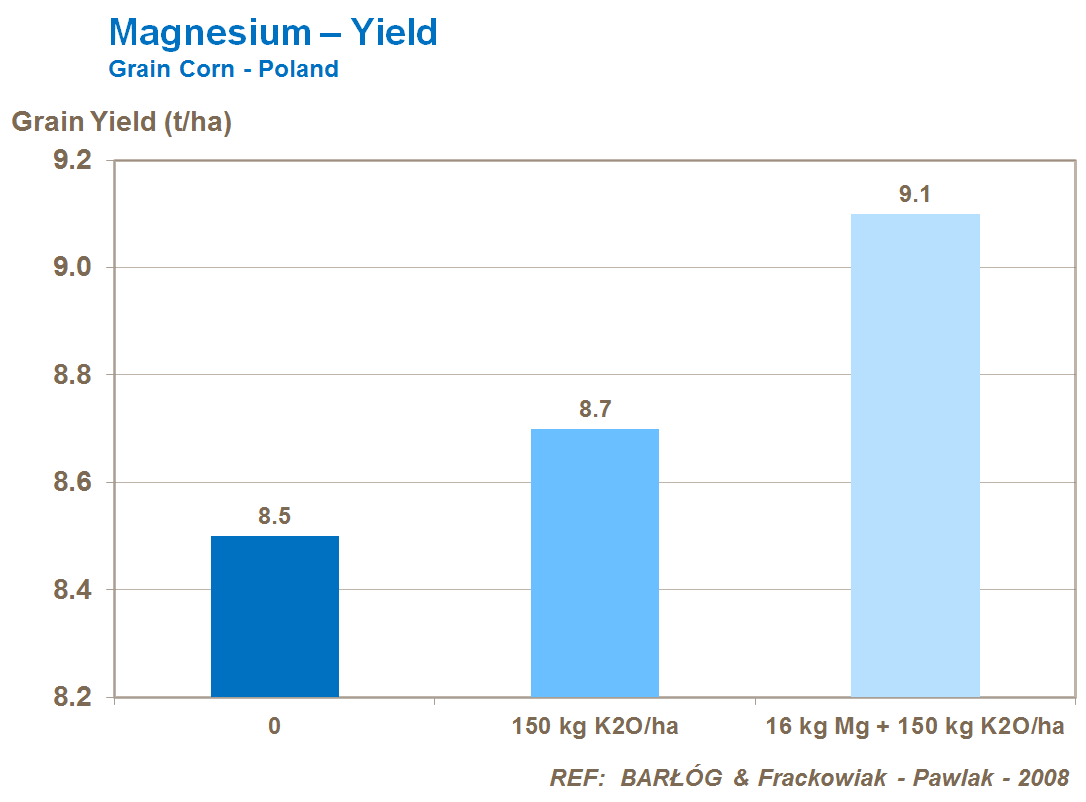 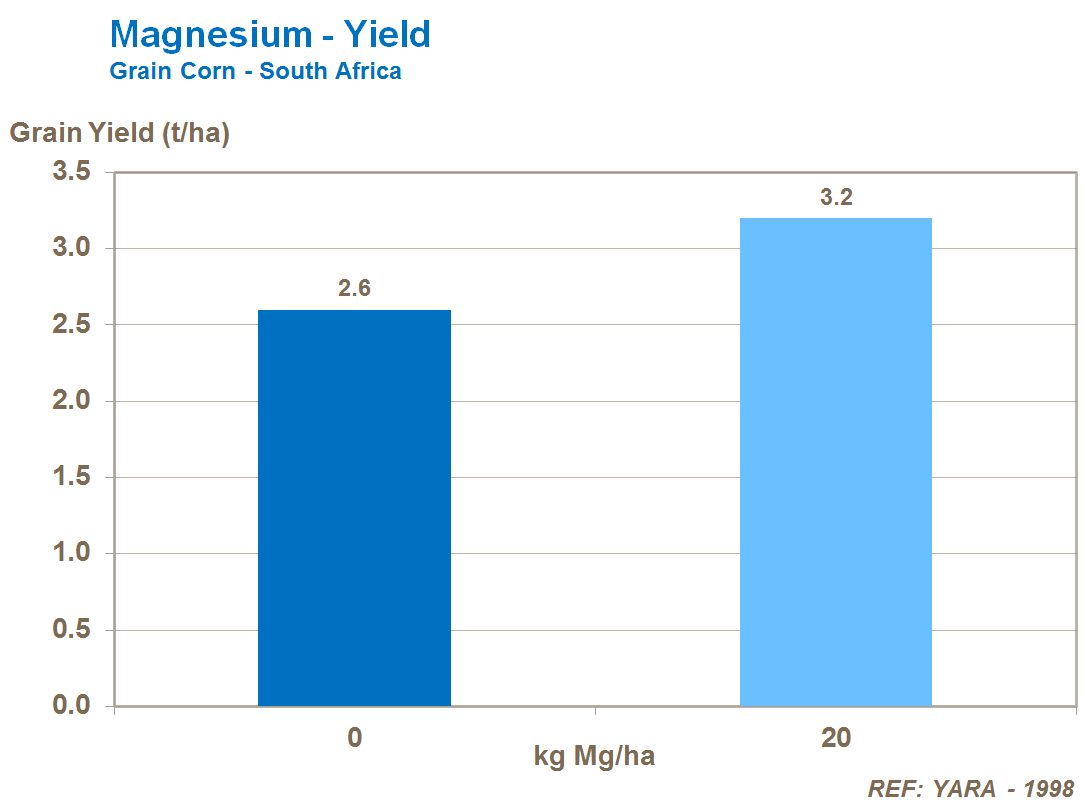 The following trials demonstrate the effects of sulphur and nitrogen on grain corn yield. 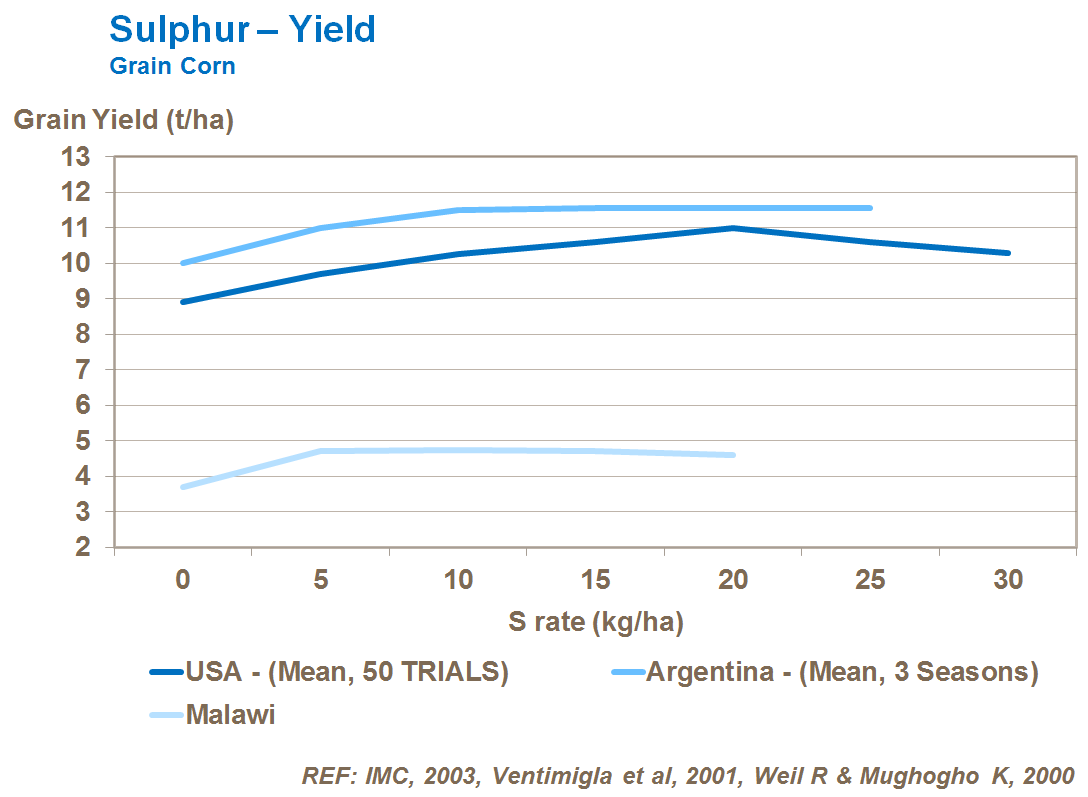 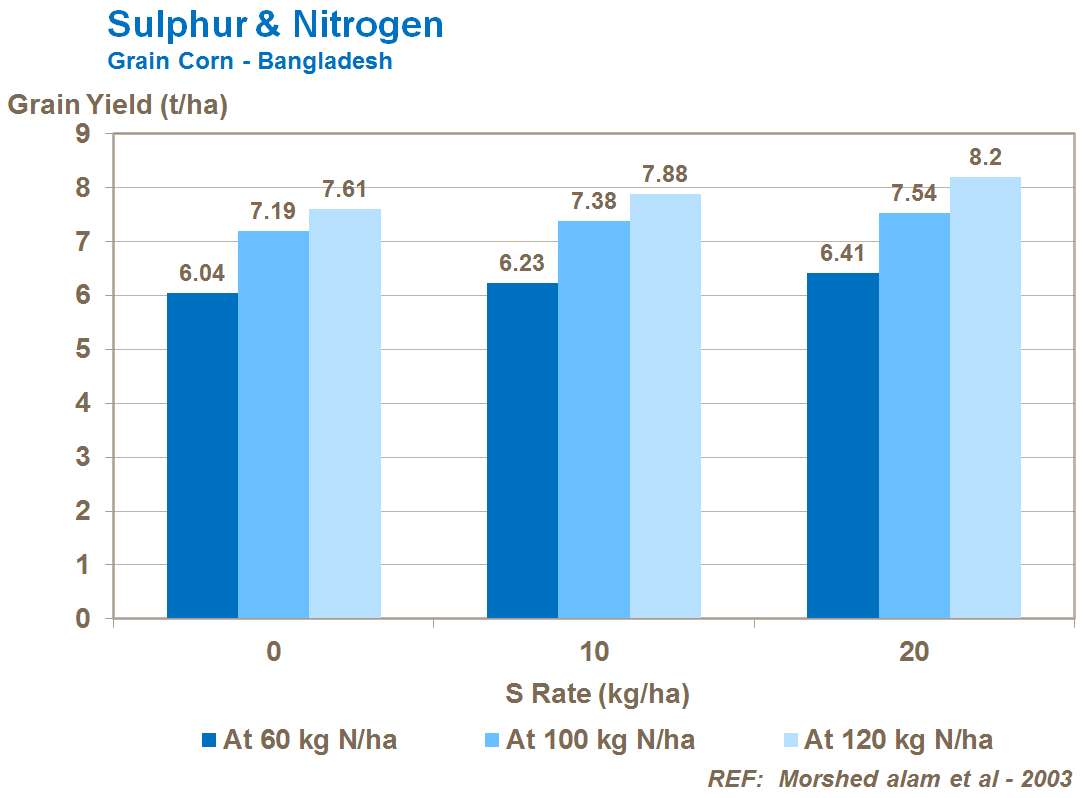 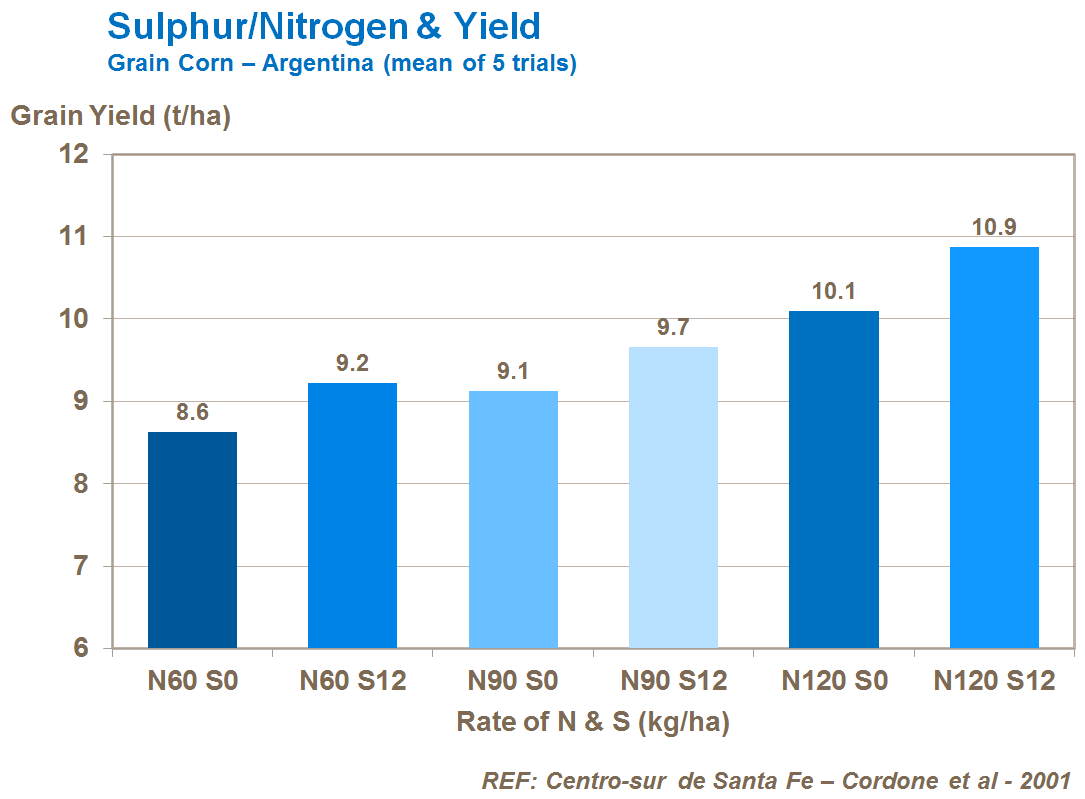 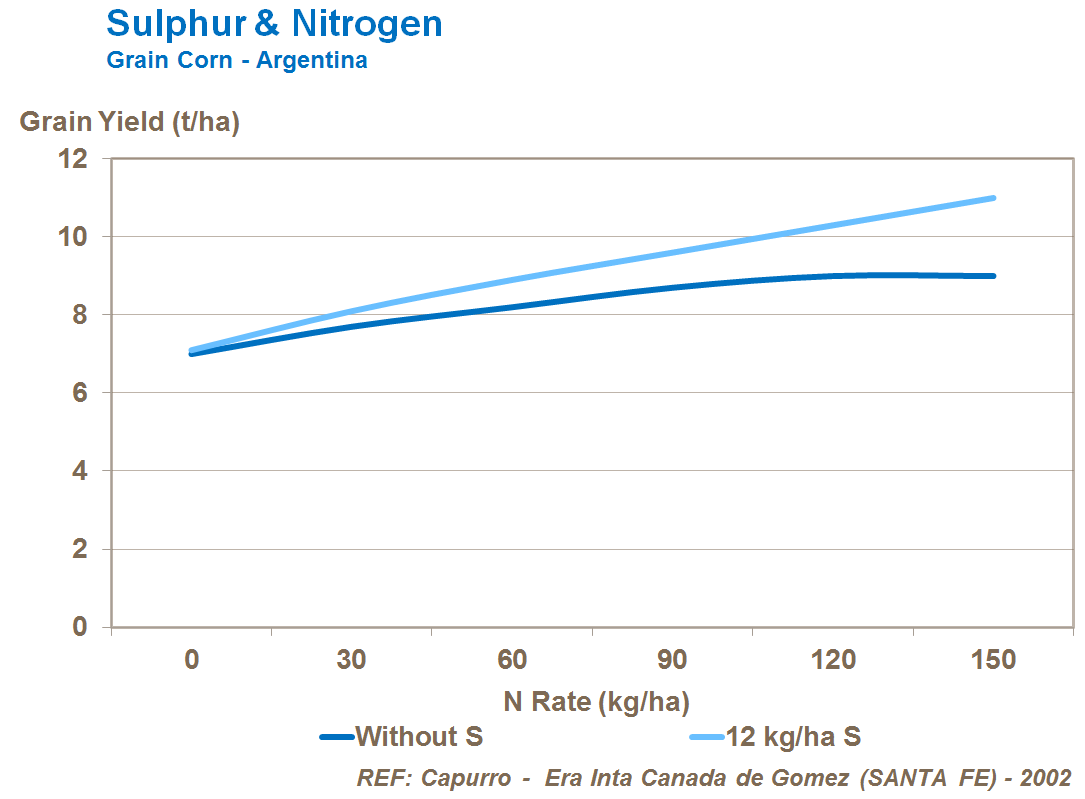 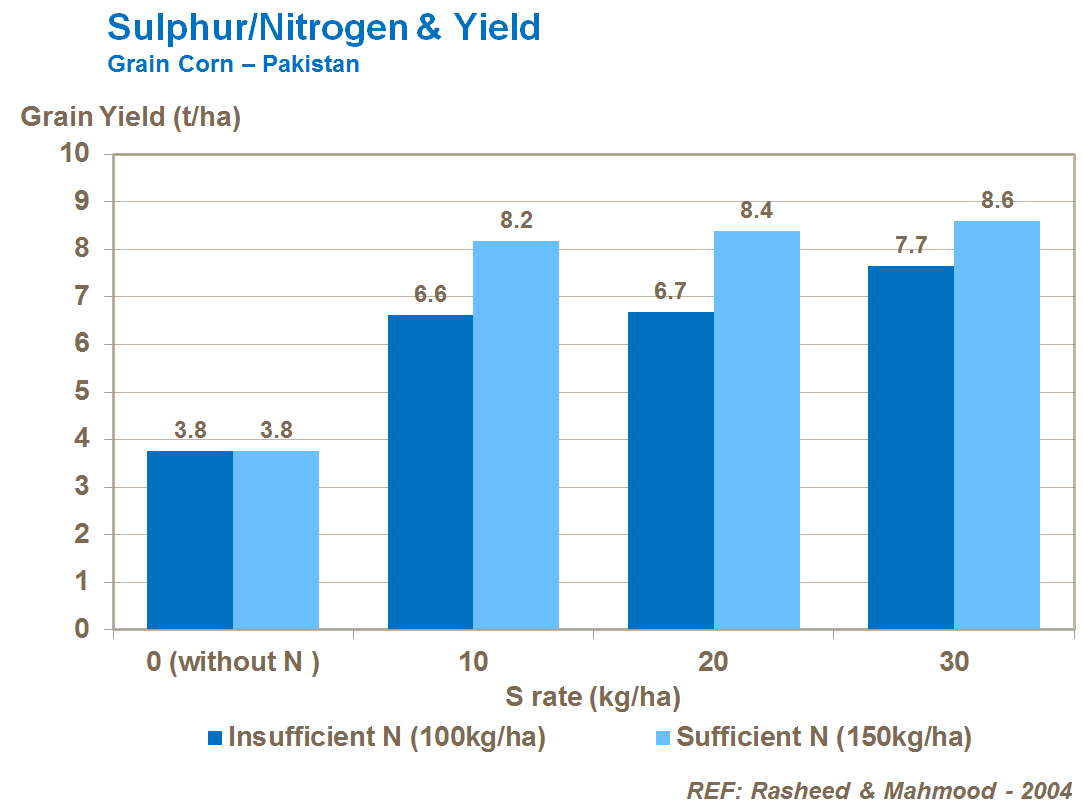 Corn plants are sensitive to copper deficiency and peak demand is during the generative growth stage. Plants require relatively low levels of copper compared to other micronutrients and little is removed in the harvested crop. 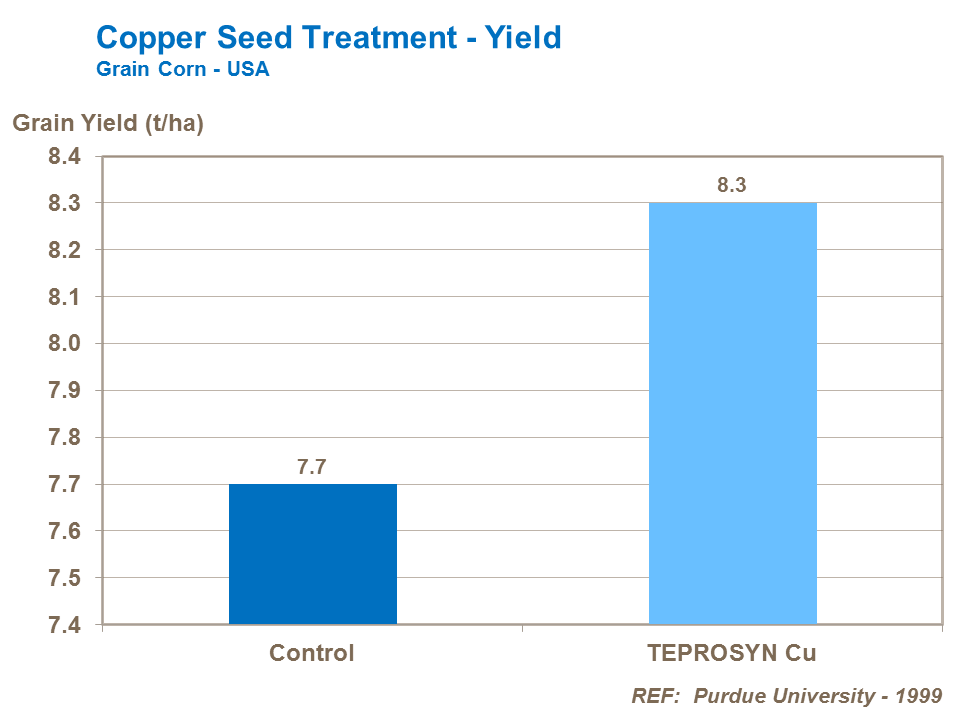 Corn plants are only slightly sensitive to lack of iron. Where deficiencies occur, foliar applications – particularly those made at later stages of leaf growth and at early stem extension – have been shown to increase corn yield. 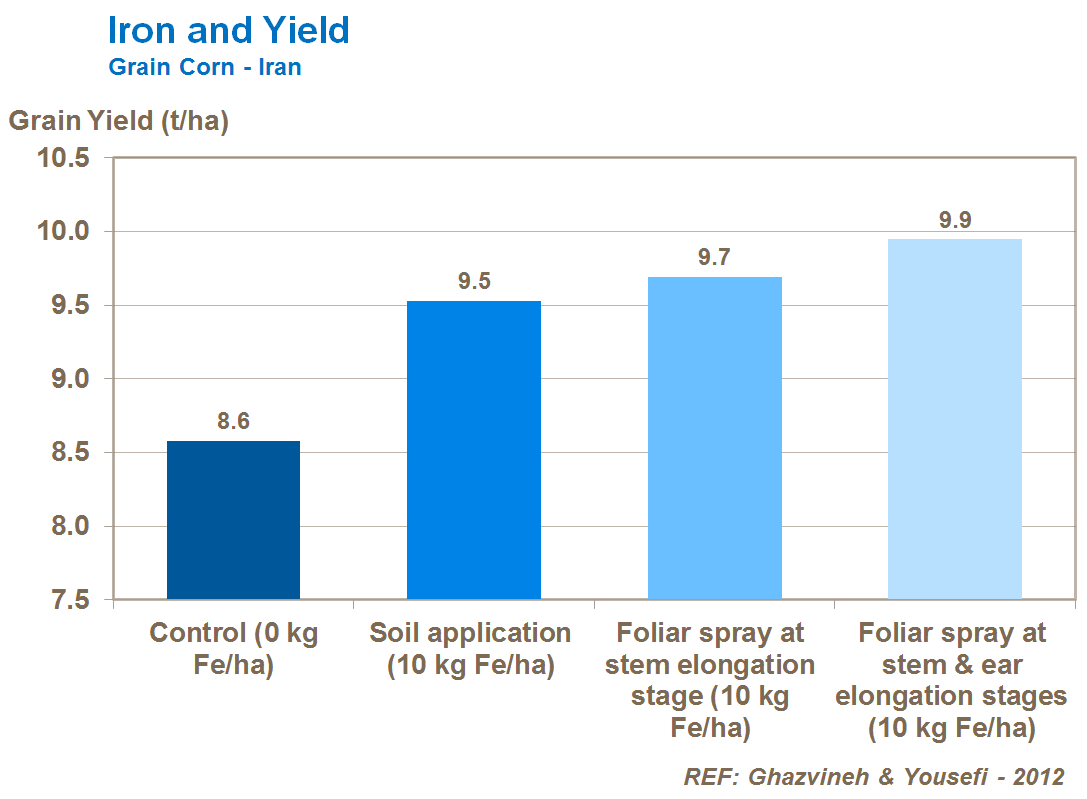 Manganese has a direct effect on plant development and growth. It is involved in chlorophyll production and photosynthesis, and acts as a catalyst in many plant growth processes including the metabolism and synthesis of proteins. Most manganese accumulates in the leaves and stems – more so than any other micronutrient. Uptake is gradual, particularly during vegetative growth. Foliar or soil applications can be used to increase grain corn yield. 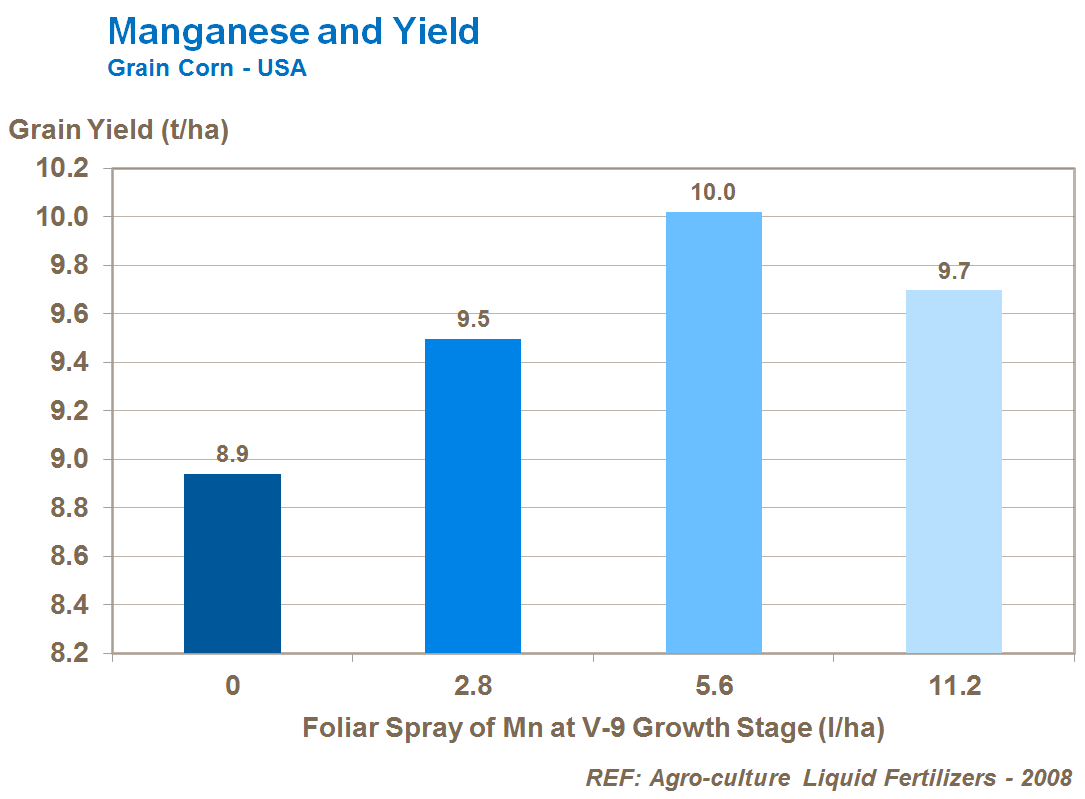 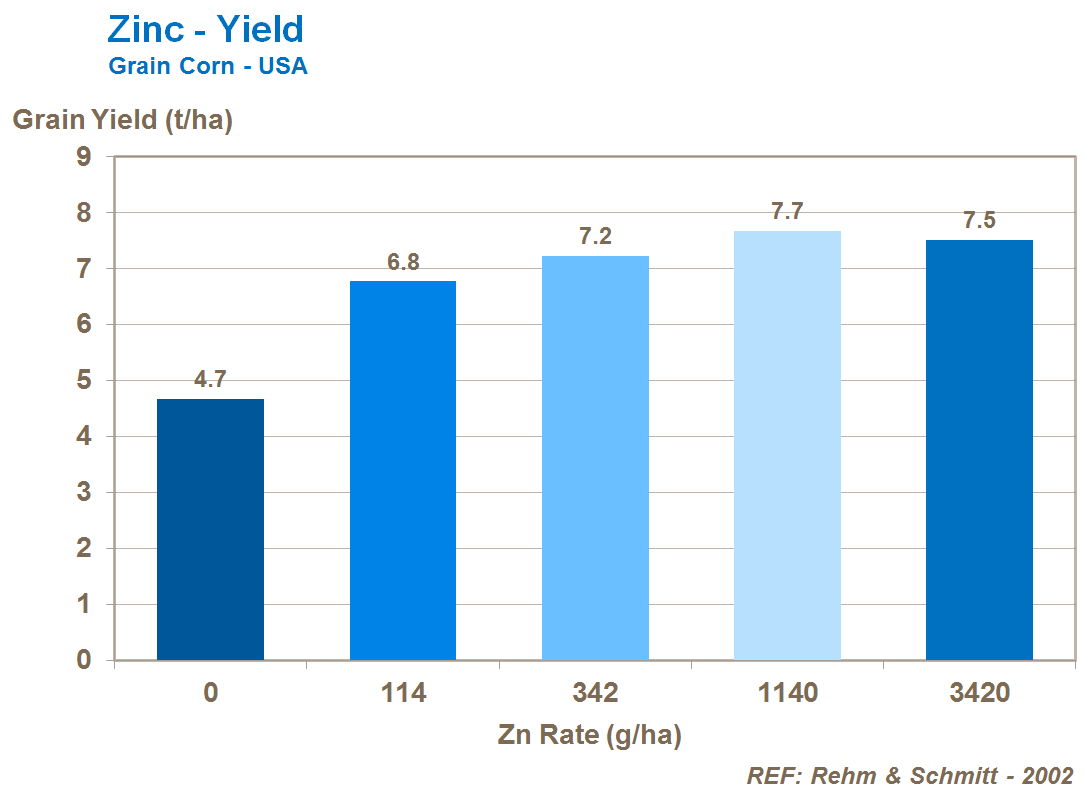 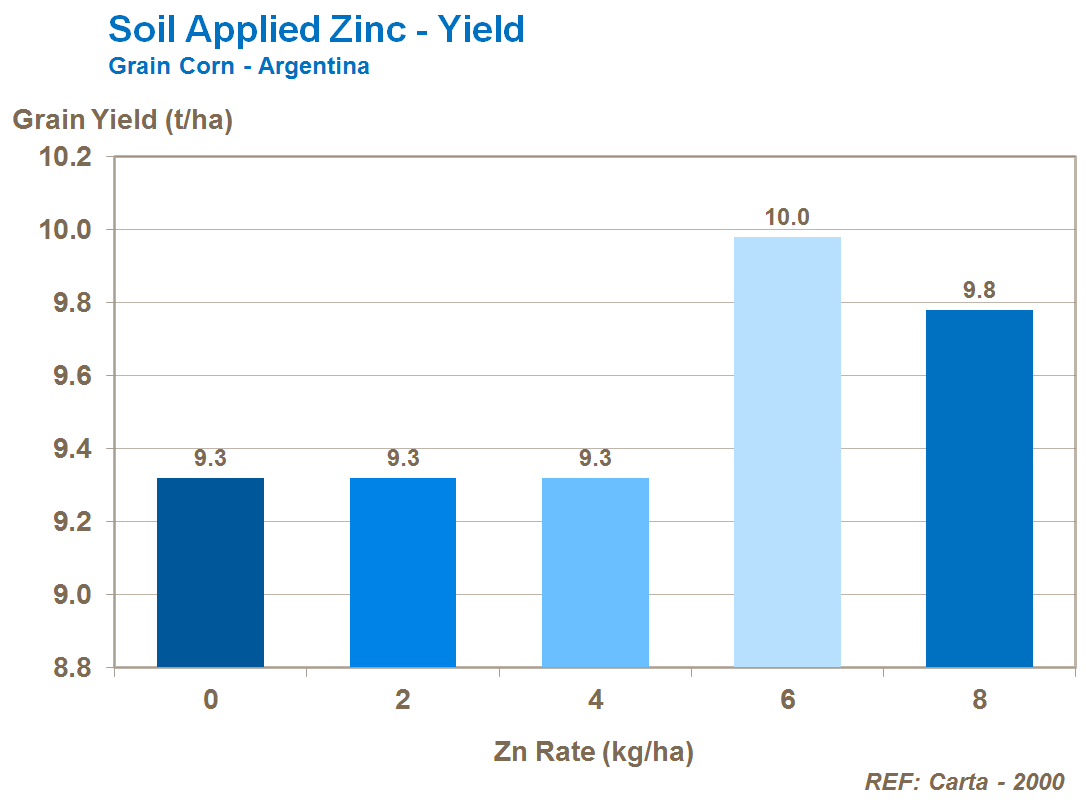 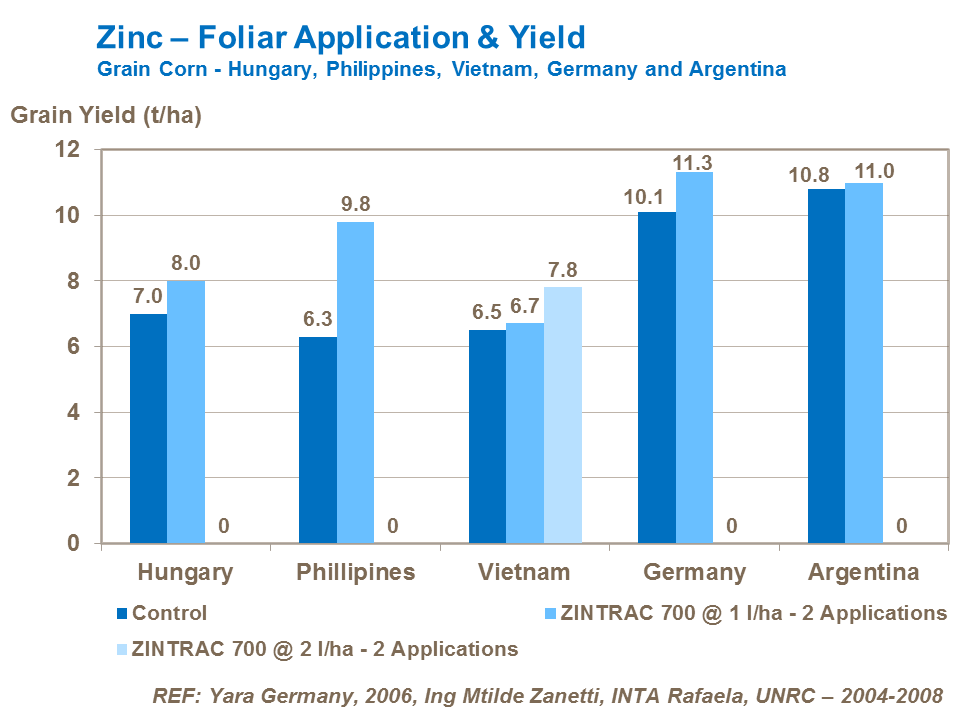 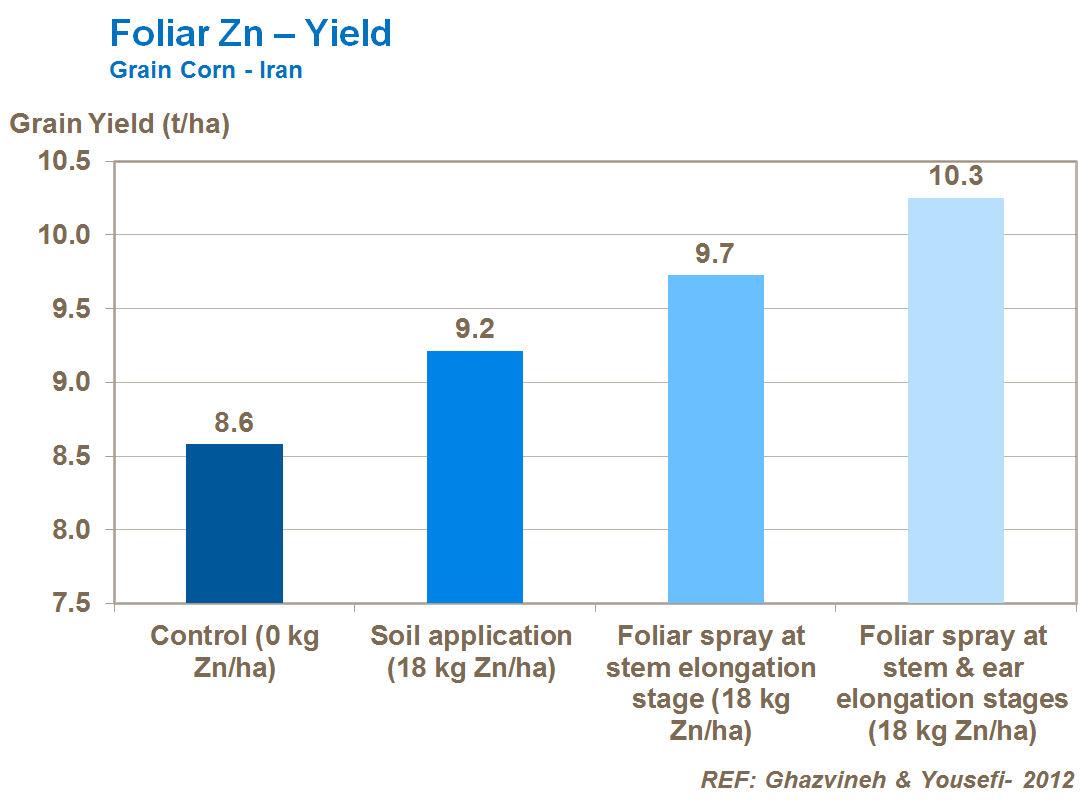 Although forage corn yield is influenced by the same nutrients as grain corn, the difference in nutrient removal between the two types needs to be considered when planning the nutrition program of forage corn crops. Corn cob defects can be caused by nutrient deficiency. Any corn abnormality needs to be analysed before it can lead to severe corn yield losses.