Optimal Rate and Timing of Nutrients in Barley

It is critical to understand barley fertilizer requirements in order to achieve the highest level of nutrient use efficiency which maximizes crop productivity while minimizing any environmental impact.

All the effects from applied nitrogen contribute to an increased yield. To determine the actual required nitrogen rate / hectare then dose response trials can be conducted to calculate the optimum. Excess nitrogen applications can give problems with lodging and increased disease levels. 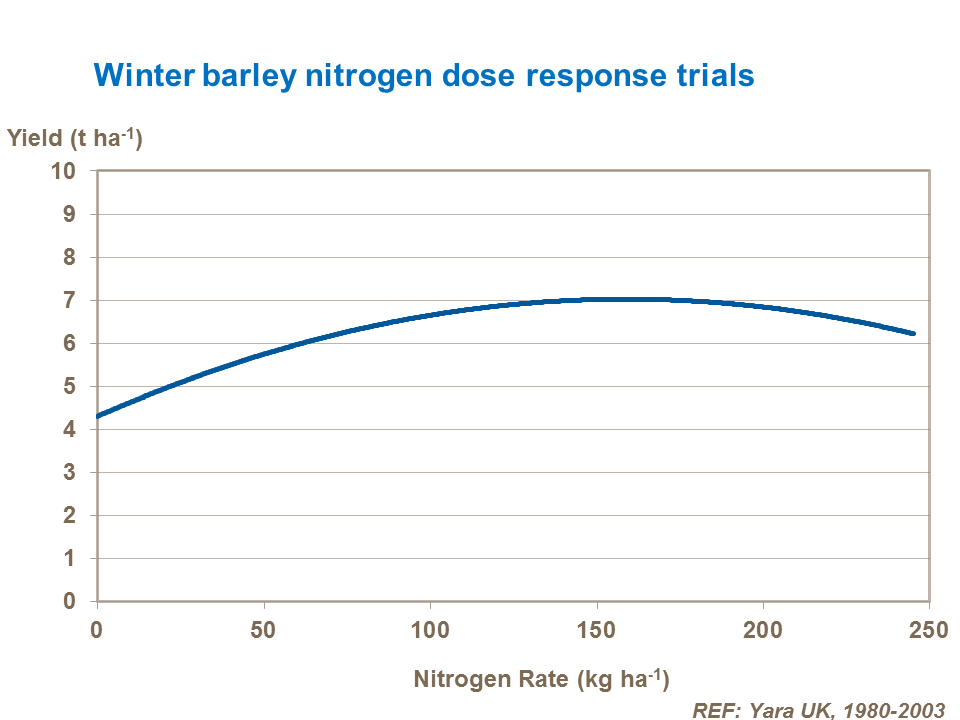 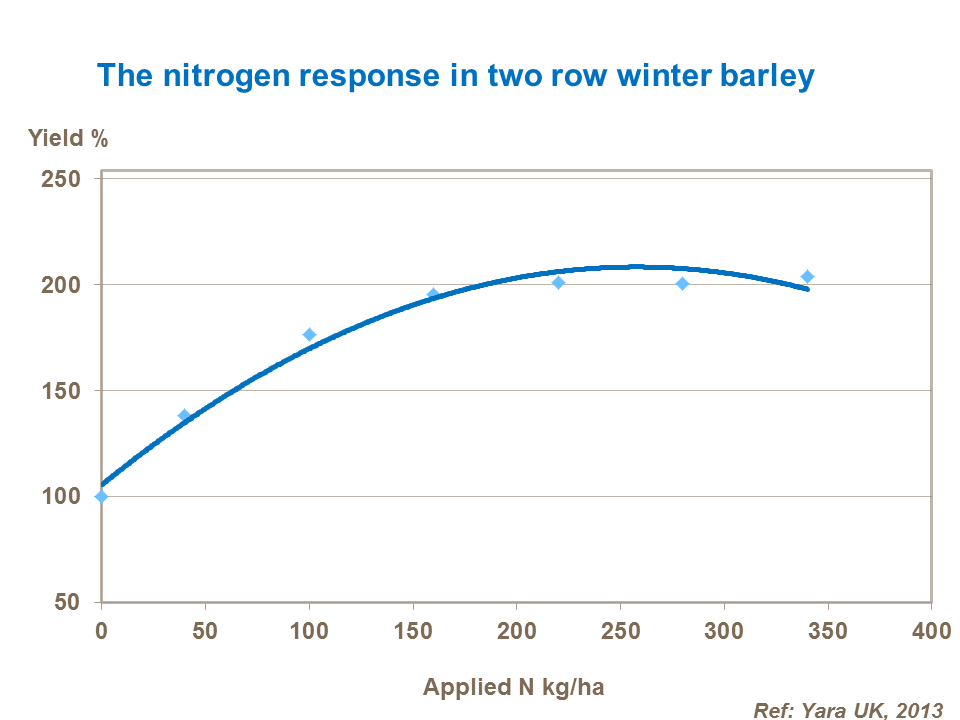 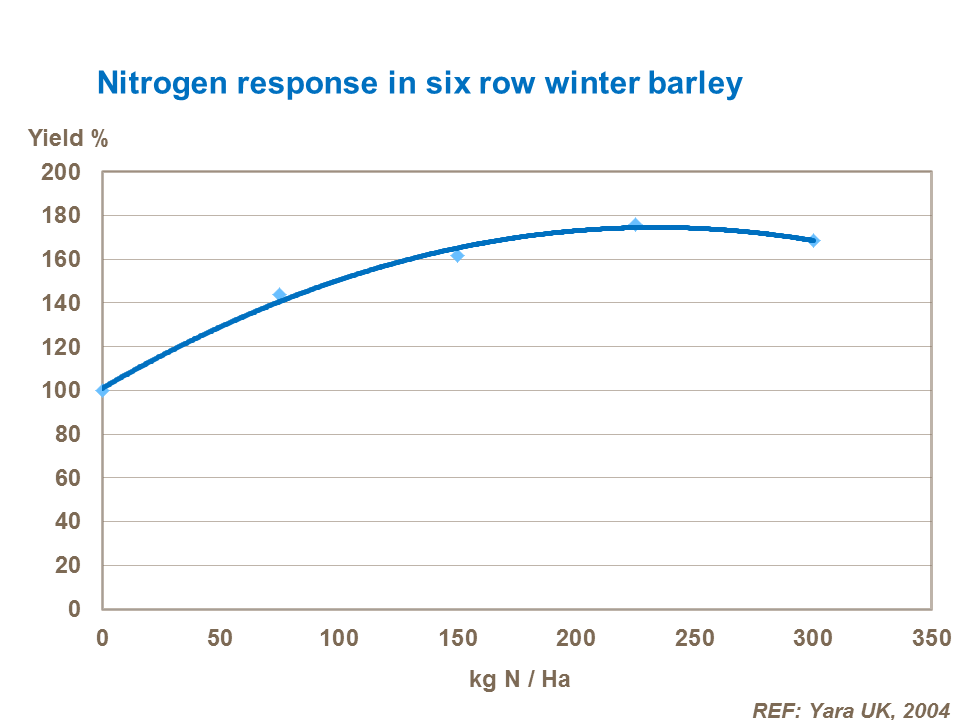 Due to a shorter growing season and typically a lower yield potential, spring barley nitrogen fertilizer requirement is slightly different. The N-rate required is often lower than for winter barley. 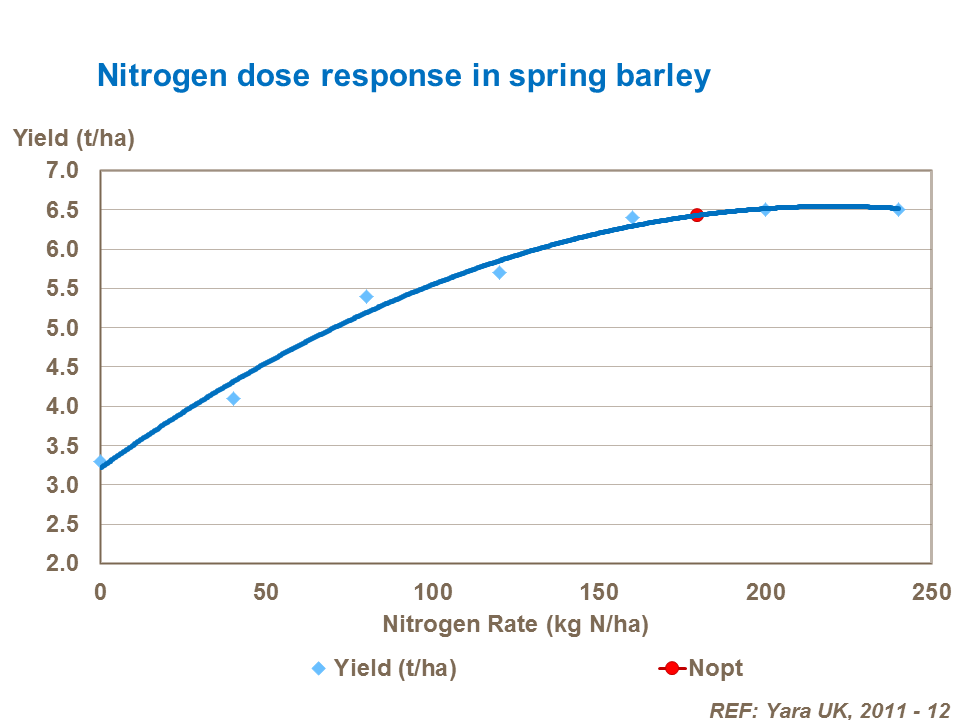 The timing of nitrogen applications is also very important in optimizing the return on the nitrogen applied. If soil nitrogen levels are low then seedbed nitrogen for winter barley can give improved establishment and final yields. Early spring uptake through to Zadoks GS 31 will be relatively low at around 1.2 kg N/ha/day, with the highest demand for nitrogen being from Zadoks Growth Stage 31-39 when approximately 3 kg N/ha/day will be taken up. As the canopy size peaks and ears begin to emerge nitrogen uptake will slow again (GS 39-59) at approximately 1.8 kgN/ha/day.

By GS 59 the crop will have accumulated around 165 kg N/ha. In spring barley this is likely to be nearer 130 kg N/ha. After ear emergence nitrogen uptake is very limited as nitrogen is redistributed to the developing grains.

For spring barley then early rapid establishment is essential so at least 60% of the required nitrogen should be applied at planting. The balance should then be applied when the crop is at the 3 leaf stage.

Phosphorus is considered to be the second most important nutrient after nitrogen in terms of its influence on plant growth and development. 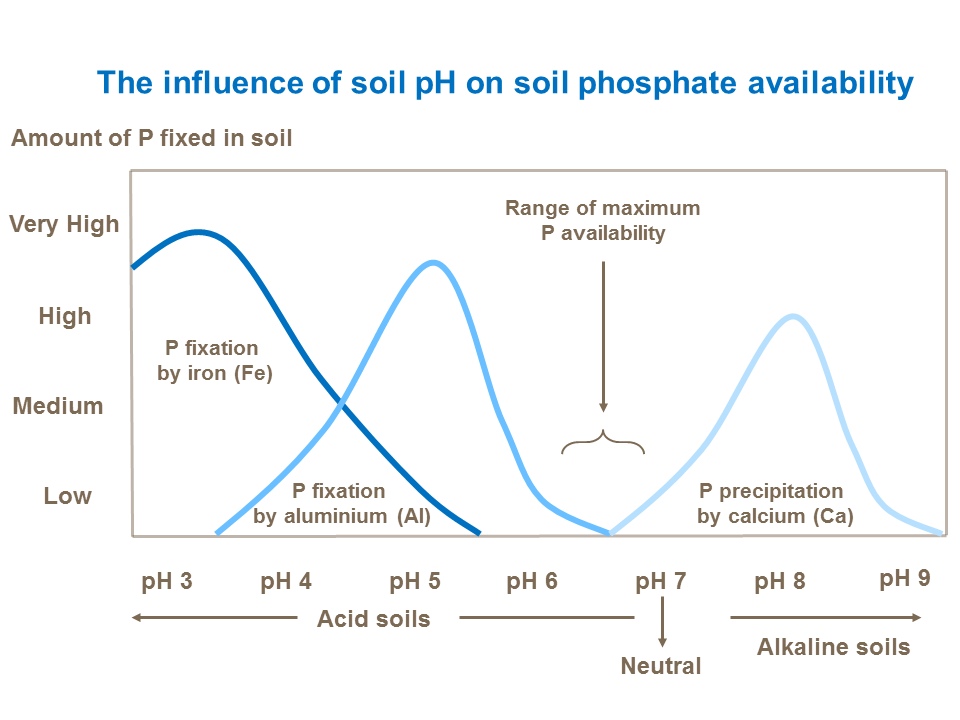 After the crop has developed two to three leaves it will begin to rely on soil available phosphorus for continued leaf and shoot numbers growth. Phosphate availability in the soil is influenced by many factors including pH, other nutrients such as aluminium, iron and calcium, soil moisture and temperature. 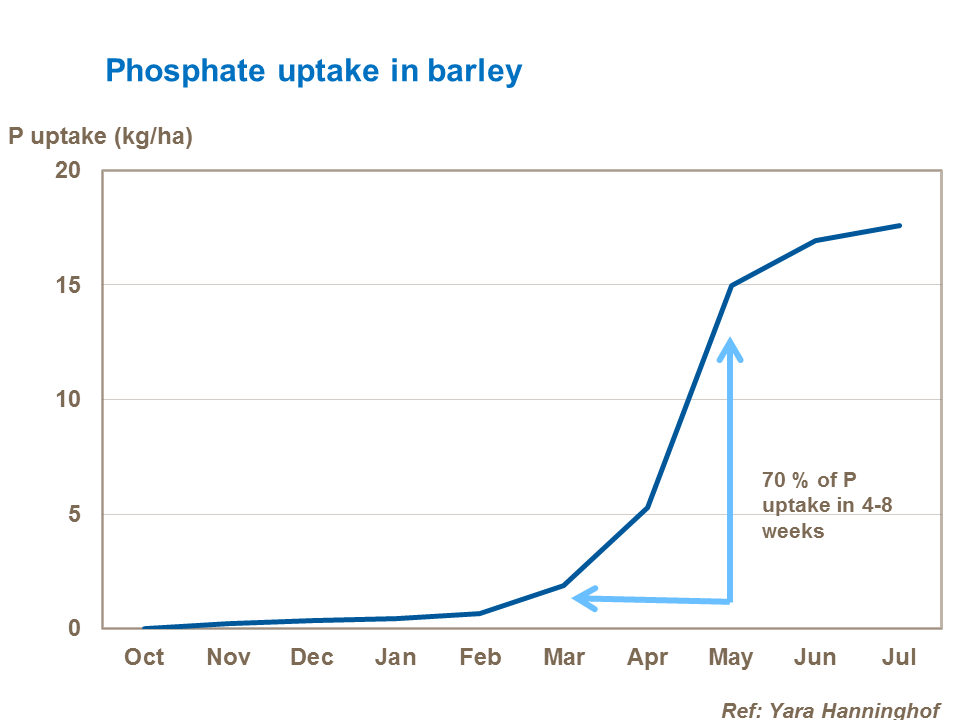 It is important therefore to ensure that freshly available phosphate is applied to avoid this limiting early shoot growth. In winter barley there are two timings that are important to consider. Firstly during early crop establishment (Zadoks GS 13-25) when it is growing rapidly with shoots and roots developing, and secondly as spring growth commences (Zadoks GS 25 -30). In the period from March to May 70% of phosphate will be taken up, so applications of phosphate fertilizer should be targeted to meet this demand.

Sulphur nutrition is another critical nutrient required by barley to ensure continued growth of the developing shoots. The building blocks for plant growth are the sulphur based amino acids from which many of the plant proteins develop. 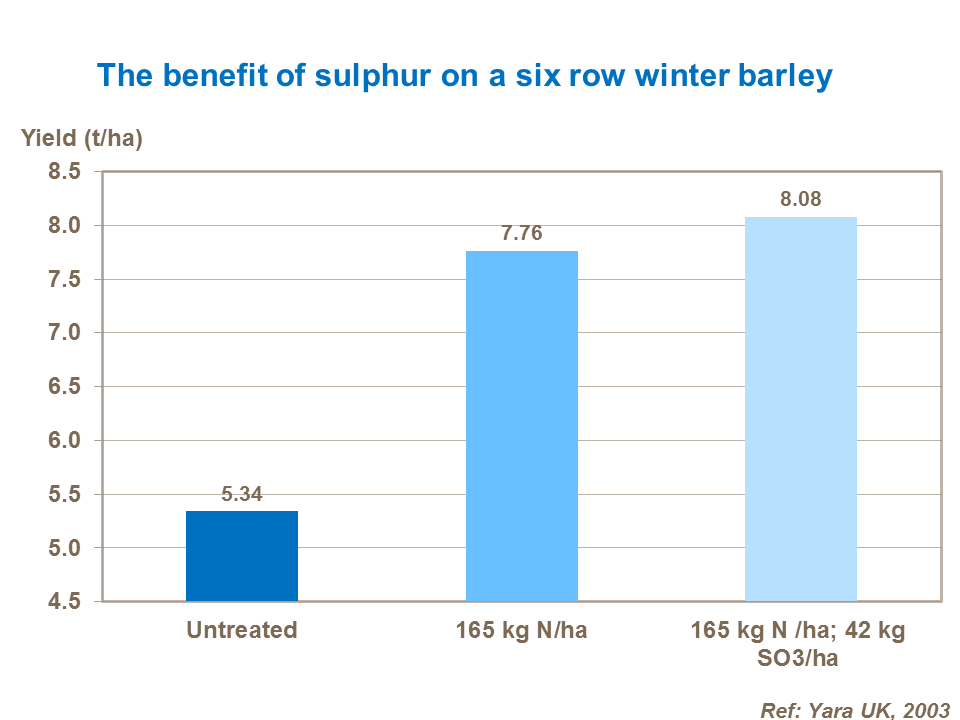 Sulphur is poorly translocated around the plant with new growth suffering first. To overcome this a continual supply with multiple applications of sulphur should be made to satisfy the peak spring demand period. Foliar sulphur can also be included to overcome transient deficiencies.

The applied sulphur will give a yield increase. Your barley crop requires the right nutrients, at the right time, to achieve the best results possible. Here is an overview of the role of nutrients by barley growth stages. How to Increase Barley Yield The number of leaves and shoots determines the size of the canopy and the final ear (spike) density at harvest. This ear density will be dependent on the total number of shoots produced and how many of these are fertile and survive.